Baba did not get too many chances to spend some quality time with his sister Kamla during our short stay in his native Bihari village. There were always too many people around and he was most of the time involved in some “men activities”. I knew he would have loved to meet her more in private. We came up to the idea to invite his sister to meet us in Bodhgaya. Her husband’s village where she lived was not very far from there. We told her that we would come up for her room in the same buddhist monastery where we were staying. 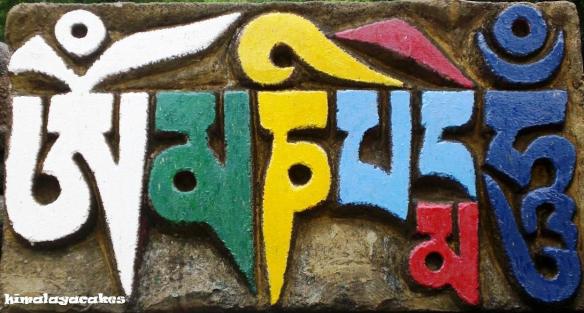 Actually I was a little nervous, because I barely spoke a handful of words of Hindi and I was very insecure about the social expectation as an “Indian” wife. There are plenty of social “rules” about how to act and what to say (or better not) in all kind of worldly situations and I really did’t think that I would do very good at it. I just wanted them to like me and make a good impression. I was so thankful to have Pagli, our American friend around to give me some moral support!

WOULD I BE ABLE TO DO AS WELL AS AN INDIAN HOST?

…BECAUSE THEY ARE REALLY DAMN GOOD AT IT !

Something strange must have been in the air, because I don’t know why Baba suddenly decided that he wanted to eat that chicken curry! At the end of the meal we even started arguing, which is something we do extremely rarely:

“You really have to order this chicken?”

“Me long time no eating chicken! I want chicken!”

“Why you don’t eat the chicken?”

“NO! Me not eating this possible! Chalo!”

The three of us left that strange restaurant in a grumbly mood. His sister would arrive tomorrow morning with her husband, her mother in law and her youngest son; this didn’t help much to improve my state of mind.

In the evening Baba started to spend several long periods inside of the bath-room and ended up spending most of the night there, too. In the morning there was nothing more left for him to get rid off and he was crouching in anguish next to the toilet. His head was really hot and he was bathed in cold sweat. It was the first time that I witnessed an Indian’s skin turning into a greenish complexion.

We girls put him to bed and tried to make him drink water, but that effort only ended up in further stomach cramps. Baba stopped talking. He did not react to us at all anymore. Suddenly he started to repeat in a weak voice:

This really made us panic! Baba never went to see a doctor in all his life, neither did he believe very much in them. This situation was truly not looking good at all! 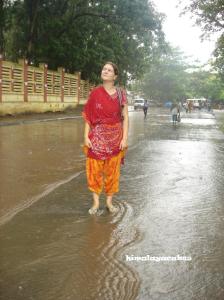 Kamla arrived with her family and it was all a big mess! Baba couldn’t talk, Pagli and I didn’t speak any Hindi and non of them spoke any English. She immediately started to take care of her brother, sitting on the edge of the bed holding his hand. We told her that we would go out to find a doctor. It took us some time to find the doctor the resident buddhist monk had recommended us. The doc and his assistant followed us immediately to the monastery. He performed a quick check on Baba and shortly after I saw how the assistant started sticking all kind of needles into my poor husband’s body. I tried to find out what they were giving him and why, but without success. The doctor talked vividly to Kamla and her husband, but the only thing that I understood was that they had to put a drip and eventually the word

I felt helpless and numb, but at least Baba’s fever went down fast and he had fallen into a peaceful sleep. I wanted to be a good wife and a good host. We didn’t have any kitchen to offer snacks or chai and the street sellers were not out on the street due to the heavy rainfall of the monsoon. We managed to get some chai from the monastery and explained Kamla that we would go out to bring some food and asked her to stay with Baba. The only thing we could find was some momos and samosas. When we came back the doctor explained us somehow that Baba was okay now, but that his assistant would stay that night with him to change the glucose drips.

The rooms were reorganizes in Indian style: Kamla’s husband would sleep in Baba’s room on the other bed. I would sleep with Pagli and Kamla with her mother in law and her son. This was all very strange.

Was I supposed to oppose?

I just agreed and decided to check from time to time on Baba during the night. On my first inspection the assistant was snoring loudly in an armchair. On my second visit he was for some reason sleeping next to Baba; in the same bed and almost hugging him. Was that normal?

I guess that sometimes it is better not to think too much and to let things simply happen the way they are supposed to in the Indian way without asking oneself too many questions.

The next morning the assistant looked rested and Baba looked much better, too. He could speak normally again and around noon he even started to feel hungry. The following day we all went out to do some sight-seeing and to eat out in a restaurant. Kamla ordered Chinese Noodles. I think she never had tried such a dish before.

It was touching to see her trying to manage to handle the long noodles with a fork and I remembered how some women in the village whispered with each other and laughed at me when they saw me eating, saying:

“Look! She doesn’t know how to eat properly only with the hand”

…and I could not avoid a smile… 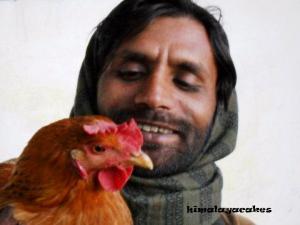 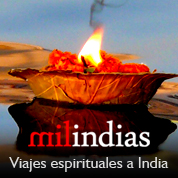